Uttar Pradesh Chief Minister Yogi Adityanath on Thursday said illegal activities by police personnel are not acceptable and warned that those found involved in “very serious offences” will be dismissed.

The CM’s statement has come amid criticism of his government over law and order following the death of a Kanpur businessman at a hotel in his home district Gorakhpur.

Manish Gupta (36) died on Monday night after he was allegedly beaten up by some policemen, prompting the authorities to register a murder case against them.

At a meeting with senior officials, the CM said in the recent past, there have been complaints of some police personnel indulging in illegal activities, according to a statement.

There should be no place for such people in the Police Department and action will be taken against them as per rules, Adityanath said, asking officials to identify such people and provide a list with proof. 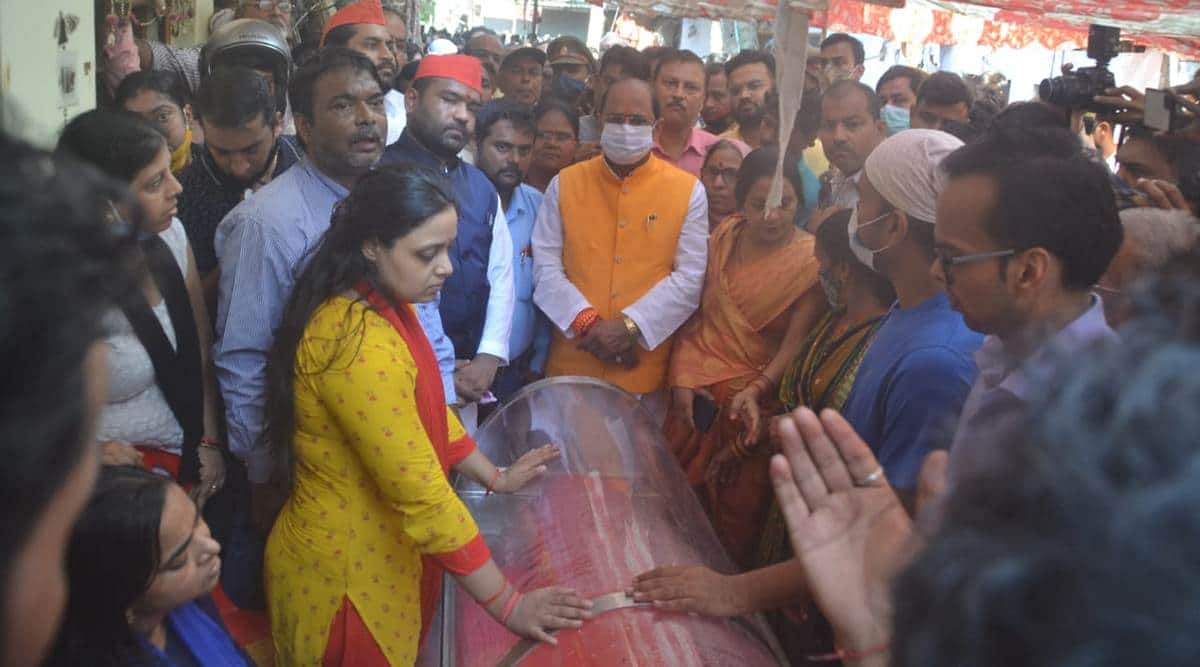 Meenakshi with her husband Manish Gupta’s body that was brought to their home in Kanpur on Wednesday. (Express photo)

Police personnel found involved in “very serious offences” should be dismissed, he said, stressing that people with tainted image should not be given important postings.

Meanwhile, Opposition parties demanded a probe into the incident by the CBI or a sitting judge of the High Court.

Samajwadi Party president Akhilesh Yadav rushed to Kanpur to meet the family of the victim and said justice is not possible till a High Court-monitored inquiry by a sitting judge is not ordered.

On Wednesday, Congress general secretary Priyanka Gandhi Vadra had attacked the state government, saying it is “soft” on criminal and “brutal” with common people.

Priyanka also talked to family members of the victim over the phone, expressing grief and assuring them of help in ensuring justice, party sources had said.

Manish Gupta died when some policemen raided a Gorakhpur hotel on Monday night. Earlier, police had said he received a head injury after he fell on the ground as he was drunk. Later, the authorities suspended six policemen and booked them on the charge of murder.